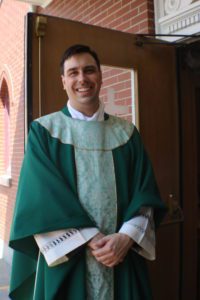 I grew up in Cumberland, R.I. and was a parishioner at St. Aidan Church. I am the youngest of six children by a ten year difference. All of my siblings are married with children and I have twelve nieces and nephews altogether. I attended the Cumberland Public School system until high school. For high school, God gave me the privilege of attending Mount Saint Charles Academy and I graduated in 2001. I was also very blessed to attend Saint Anselm College and I graduated in 2005. During college, God helped me hear His call to discern the priesthood. Upon graduating from college, I was accepted as a seminarian for the Diocese of Providence in 2005 and began my seminary formation. I graduated from the seminary and was ordained on June 25, 2011. 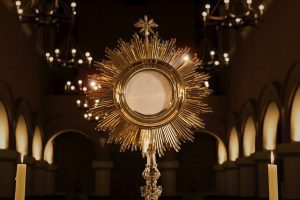 **Each week, our parish requires a minimum Total Operating Revenue of $3,600.00 to meet our budgeted expenses. If you miss  mass for any reason, we kindly ask you to remember the needs of our community. Thank you for your generosity.

We have a new
“Parish Activities Bulletin Board”!
If your group has a notice or an event/activity coming up, please contact Connie Robert at
(401)692-0333 to make a post.

Every Monday- 6:45 pm Legion of Mary W/Rosary in the church rectory

Every Wednesday- 6:30-7:30pm Confessions in the church with exposition of the Eucharist.

Every Wednesday- 8pm New Freedom In the church hall

Please place your donation in an envelope marked “SVDP Gift Cards”. You may drop them in the church collection basket or leavethem at the rectory. Thank you for your generosity.

St. Vincent dePaul– Meets 2nd TUESDAY of the month September thru July at 6pm in the church hall. Old and New Friends are welcome! Come see what St. Vincent DePaul is about and what we do.  Next Meeting – January 10, 2023

Prayer Garden
Our prayer garden is open for anyone who is looking for a quiet spot to pray and meditate.

Youth Group EVENTS Are On Hold

Students in Grades 8-12 are welcome to join. Come and enjoy some time with friends. (Students who have already made their Confirmation are invited back to join us!)

FIRST COMMUNION & CONFIRMATION are two year programs. Please send in copies of Baptismal Certificates if student was not baptized at St. Eugene. Confirmation candidates should have a sponsor chosen prior to the start of classes.
Registration forms for Religious Education have been prepared and mailed. If you are new to the parish or have children who are now of an age to attend classes, please call rectory 568-5102 so that your family can be sent a registration form.
Registration Forms are available for download by clicking the Rel Ed menu option above then clicking Forms 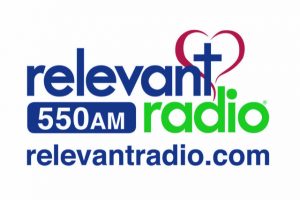